Showing posts from July, 2021
Show all

“Who Gets To Decide What is History”

July 28, 2021
Well first, American history is NOT CRT because CRT is not curriculum. I have heard several people, including Seattle School Board candidate Michelle Sarju, say that it is. Nope. The relationship between the two - from my reading of numerous articles - is that CRT is ongoing higher-ed level research about the impacts and outcomes to Black Americans from how our history was shaped by those who had the power to shape it.  I’m willing to hear disagreements but I think we should all agree that CRT as a theory is not being taught in schools. Some of the discoveries within the CRT research - that other research has also found - are surely in many high school history or civics classes. Things like segregated schools,redlining, etc.  But are we at a place in time where a teacher can be going over the history/purpose of federal holidays, come to our newest one - Juneteenth - and then can’t give an explanation as to its origins? Ridiculous. What this looks like is fear. What is there to be fear
3 comments
Read more

July 26, 2021
As you are aware, I am screening all comments. It’s actually tiresome because I seem to get many spam comments. I have been pleasantly surprised at the very low number of attacks on me.  I did get one recently on my post, Critical Race Theory, Where Are We Now ? The commenter is a sad and pathetic person trying desperately to make herself relevant only to find that her mad dog attacks really don’t play well at OSPI and other venues. I mean if you wear giant earrings that say “F*** off” in an interview photo, it doesn’t make you that approachable. In other words, she’s her own worst enemy.  And, she took down her own blog. Poof! It just disappeared. Of course there’s this thing called the internet where nothing really goes away plus another thing called screenshots.  What I am coming to is that if your comment has nothing to do with the subject of a post or doesn’t add to the discussion, I won’t print it. You can disagree with me up and down a wall and I’ll print it.  But do have somet
7 comments
Read more

July 22, 2021
I listened into the Seattle Council PTSA Seattle School Board forum Wednesday evening. It was eye-opening. All the candidates participated except for Crystal Liston in D5 and Genesis Williamson in D7. Candidate Herbert Camet, Jr. chose not to have video which would have helped and candidate Dan Harder had issues with his video, being sideways the entire forum. Sadly, there were only about 30ish other people listening in. I did notice that the president of the Seattle Special Education PTSA, Janis White, was listening in as well as Director Leslie Harris. SCPTSA had all the candidates answer the same questions with varying amounts of time given to answer, depending on the question’s complexity. They stated that no questions had been shared with any candidate. I won’t be transcribing all the answers (sorry) but I will try to give highs and lows from the forum.
4 comments
Read more

Who Might Leave Seattle Schools for Kent School District?

July 22, 2021
Just tossing this out there to put on your radar. Over the last couple of years, several senior SPS staff left to become superintendents in other parts of Washington State. They include Flip Herndon, Michael Tolley, Wyeth Jessee and Clover Codd.  Now the beleaguer superintendent of the Kent School District, Calvin Watts, is leaving for a gig in an Atlanta-area district.  I think there could be a couple of senior staffers still at SPS who might be considering applying.  Maybe Keshia Scarlett, the Chief Academic Officer. I venture she might be happier with Brent Jones as SPS superintendent but she also filed a public complaint against Director Chandra Hampson and Director Zachery DeWolfe for acting in a racist manner towards her and mistreating her. DeWolfe may be going away come December but Hampson could still be a problem for her. Maybe Sarah Pritchett, a former Executive Director but now a newly-appointed co-Deputy Superintendent with Carri Campbell for the new Office of Strategy De
1 comment
Read more

Critical Race Theory: Where Are We Now?

July 21, 2021
Executive Summary: - the Right- “That was then, this is now and everyone is equal. Oh, and we don’t see color.” - the Left - “We need to teach the good, the bad and the ugly so our children don’t repeat past mistakes. Oh and anyone who doesn’t toe the line on how to do that is a racist.” That was easy, no? I have crammed a lot into this thread but I will do a separate thread on the challenges for American History/Civics teachers, a lot of it stemming from state legislatures and proposed/passed legislation.
10 comments
Read more

Masks or No Masks; Delta Variant Makes It a Hard Choice 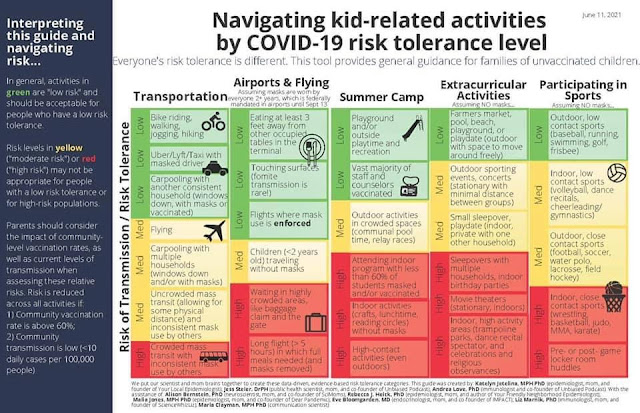 FYI from Katelyn Jetelina , an epidemiologist. The Delta variant is a really troubling one.  I did find the “ask your teacher if they are vaccinated” to be troubling. I think what could be helpful if schools could tell parents “75% of our staff is vaccinated.” But I doubt that will happen.
6 comments
Read more

July 19, 2021
Apparently former City Council member (and mayor for a minute) Tim Burgess endorsed the same two candidates for Seattle School Board as did …The Stranger.  That would be Vivian Song Maritz in D4 and Michelle Sarju in D5.  That’s quite the mind-meld. Or maybe they just are the best two candidates.
1 comment
Read more

July 15, 2021
One final chance to see the candidates for Seattle School Board before the primary election appears to be a forum put on by the Seattle Council PTSA.
9 comments
Read more

The Stranger Endorses Song Maritz and Sarju for Seattle School Board

July 14, 2021
Today, The Stranger released its picks for races in the upcoming primary election. For Seattle School Board, they picked Vivian Song Maritz for D4 and Michelle Sarju for D5. I concur with both picks and I endorse Song Maritz.  For Song Maritz, they like her finance background, her child of immigrants/first generation to go to college background and that having an Asian on the Board would bring more diversity. The Stranger feels like Michelle Sarju has many talents and a firm knowledge of her region to bring to the Board. There’s also a funny story about one of her competitors who did show up for the interview.  To note, there was a candidate forum for the D5 race this week put on by the League of Women Voters King County and Horizon House, a retirement apartment building for seniors. I’ll have a separate post on that. In case you were wondering about the demographics of the Board and the district: Board 2 Native Americans (Hampson and DeWolf, if elected Sarju, who is African American,
1 comment
Read more

July 12, 2021
Provide your Feedback on the Absence Rule for Next Year OSPI is proposing changes to Chapter 392-401 WAC – Statewide Definition of Absence, Excused and Unexcused. Find the proposed changes below.  Please submit your comments by 5pm on July 27 to krissy.johnson@k12.wa.us. Proposed Attendance Changes 2021-22 I am troubled by the changes in the section on expelled/suspended students. Plus, they want attendance taken twice a day in elementary.  I am going to suggest a survey of parents/districts before changes.
1 comment
Read more

Seattle School Board This and That

July 11, 2021
This is just going to be a random assortment of items I have heard from recent meetings of the Board.
1 comment
Read more

What Matters to the Seattle School Board?

July 09, 2021
So I listened in to the Board meeting Wednesday to listen to the discussion around the budget vote. (That’s a whole other post but I digress.) I caught Special Education PTSA president Janis White’s testimony about what seems to be a failure by the district for recovery services for Sped students mandated by OSPI. I also read Sped parent Mary Griffin’s post at the Special Education PTSA Facebook page about how, at the last Special Education PTSA meeting, staff promised clear info on summer school. Apparently that didn’t happen. But Sped parents shouldn’t feel badly because Director Harris, time after time, has asked for staff to PLEASE give the Board documentation in advance of meetings so directors can review it and ask pertinent question. Oh sure, says Superintendent Jones. That she has made this request over and over should tell you something. She also asked for an org chart because the shift in jobs and titles and new positions is quite hard to track.  But for Exhibit One of what t
8 comments
Read more
More posts