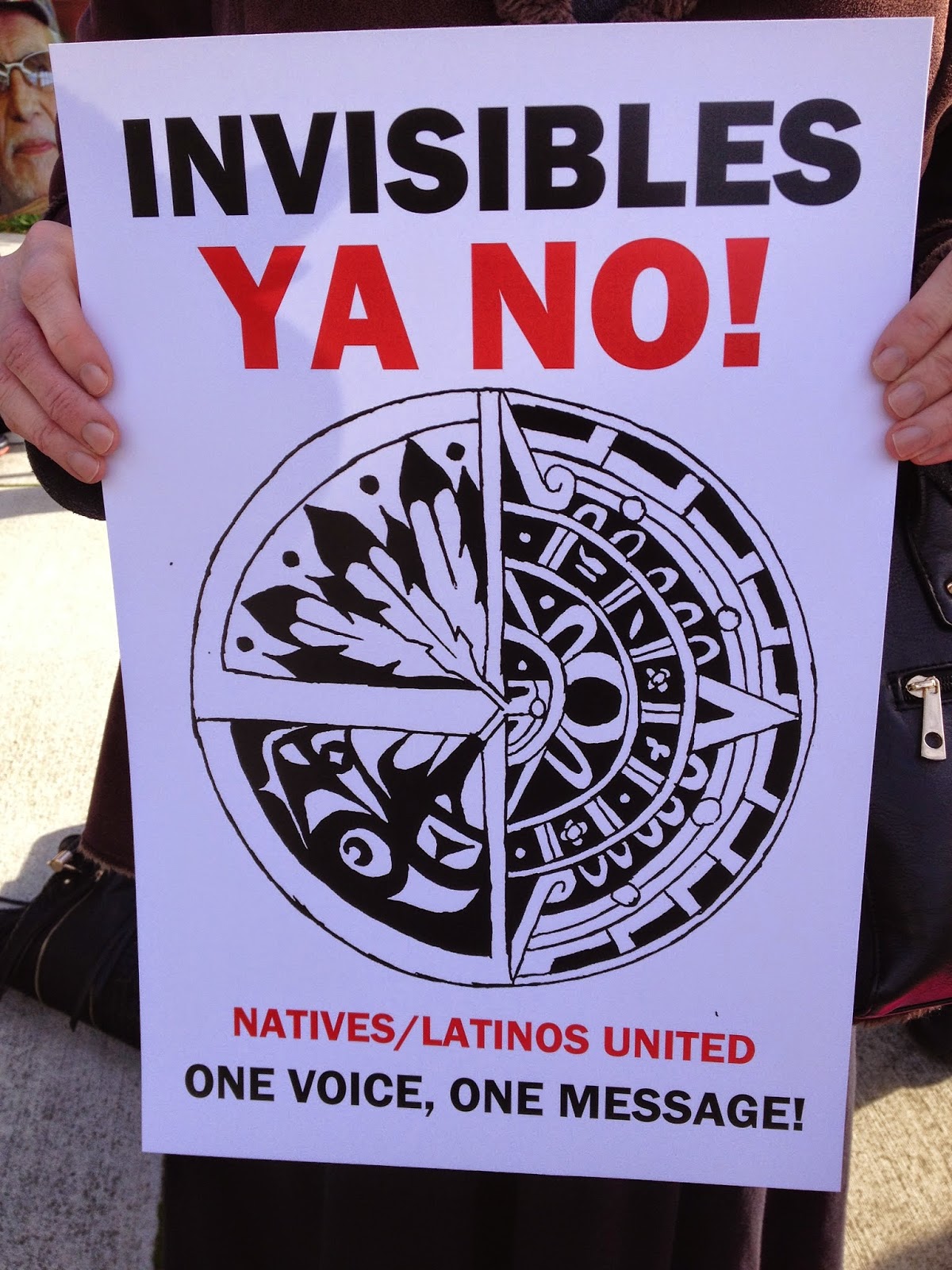 I attended this protest rally in front of Ingraham High today at noon.  There were about 40 students and community members.  Sponsored by the Native/Latino club at Ingraham High, it was organized to call attention to issues around cultural competency, equity and student learning.  One student read Ingraham's mission statement which says, in part, "to empower multi-ethnic urban youth.." 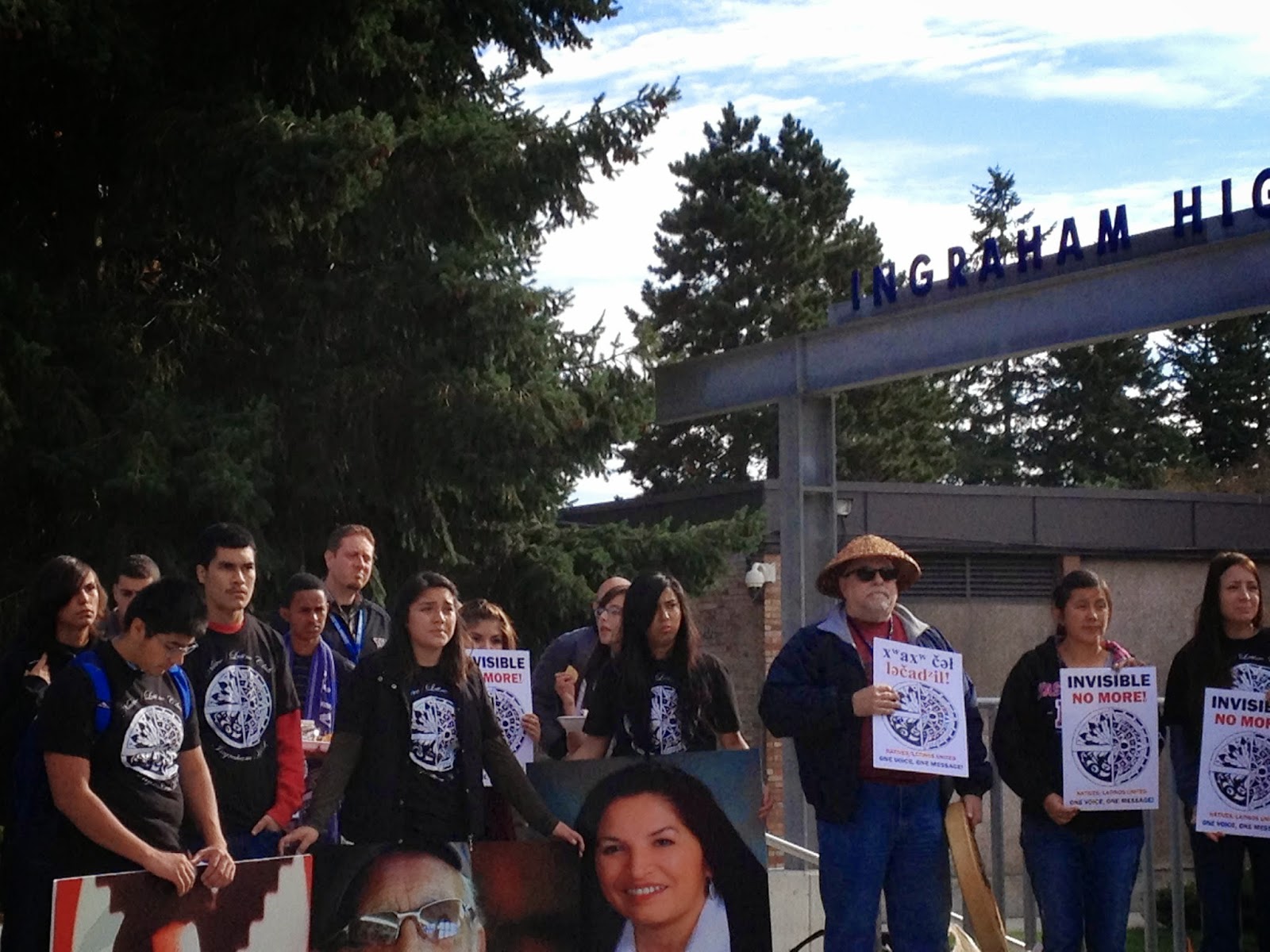 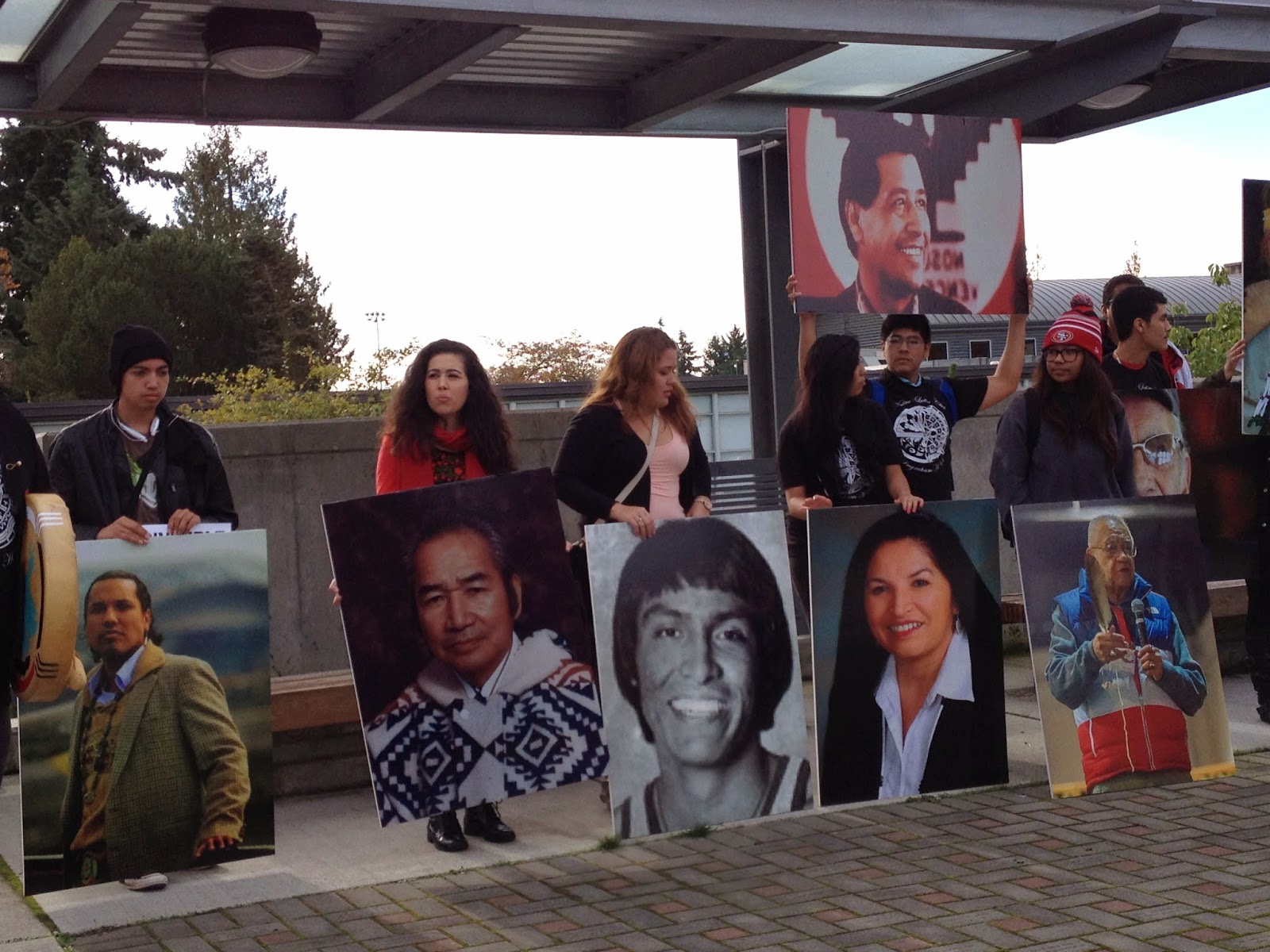 Po3 said…
A comprehensive Race and Gender class would provide the the context needed to discuss all race and gender related topics.
10/27/14, 3:25 PM

Anonymous said…
Wish I'd been there today. This is past due.

Carol Simmons said…
It was a great gathering. There was Native support from several tribes. Former Senator Claudia Kauffman spoke applauding the efforts of the students. The students from the Ingraham Native/Latino club organized the Rally and participated very effectively. It was disrespectful that Principal Flo did not appear to say anything about anything. Yes, Westside this is "past due." I would hope that a "Race and Gender Class" as suggested here would discuss the reasons for the resistance to providing equity at Ingraham International High School
10/27/14, 4:06 PM

Do you mean all "minority" and women's issues? I'd say that should be taught for the majority of the year - given that we are the majority...

Beth said…
It was disappointing to hear that the principal told kids that the reason they couldn't have an assembly is because "every ethnic group will ask for one." As if having students organized and motivated and proud of their heritage is a bad thing. Here is a group of kids who are at high risk to drop out, asking for something that will help them stay engaged with their school, and you say no because other kids might be inspired by them? What???

Kudos to these students who organized this event. What you are doing is important, and we are proud of you. Reach out for help if you need it--we are here to support you.
10/28/14, 6:05 AM

Anonymous said…
We have to (should) support these kids in their endeavor to be heard. I understand the logistics around scheduling an annual assembly might be problematic.

However, the fact that they feel marginalized enough to take this step should, in my opinion, trigger a response from the administration that offers other options and validates their concerns.

Principal Floe has been a strong leader at IHS in so many ways, demonstrated by the passion that was invoked when he was threatened with being fired from the district.

His school has changed a lot since then, and there are many moving pieces that, I'm sure, are difficult to manage. However, I'm still a little confused about the response to the Native students' requests.

I don't have any answers. I just want to show support for these kids (and their community leaders).

Anonymous said…
Did you ask if there are any community celebrations or opportunities on the calendar this year if not specifically Indigenous Peoples? There used to be. Ihope Mr. Flow will encourage these students to have a strong voice in society, which all students hopefully will learn as they are our country's future and future voters. One way would be for the school to celebrate Indigenous Peoples Day.
10/30/14, 8:25 AM