August 09, 2016
Interesting article from The Washington Post on boys and sleep.  Thank you to reader, Dan D.


For much of history, of course, most girls couldn’t even get a decent education. But as soon as girls joined the classroom, they revved ahead. These charts from the Organization for Economic Cooperation and Development show that in developed nations, girls started outpacing boys in educational achievement starting in the 1960s. These days, girls earn 57 percent of bachelor’s degrees, and 51.8 percent of PhDs.


One theory says that the school environment itself favors girls, who tend to be more organized and more diligent.

Research from the United States shows that there’s something about girls that makes them more resilient to adverse circumstances.

A few years ago, one school district in Europe stumbled across a surprising way to narrow the gender gap: starting the school day in the afternoon.

According to a new study from economists at the University of California at Davis, starting school in the afternoon gave a surprising boost to boys.

Neil deGrasse Tyson gives a great answer to a little girl who asks him, "Are there people in your field who are dyslexic?" 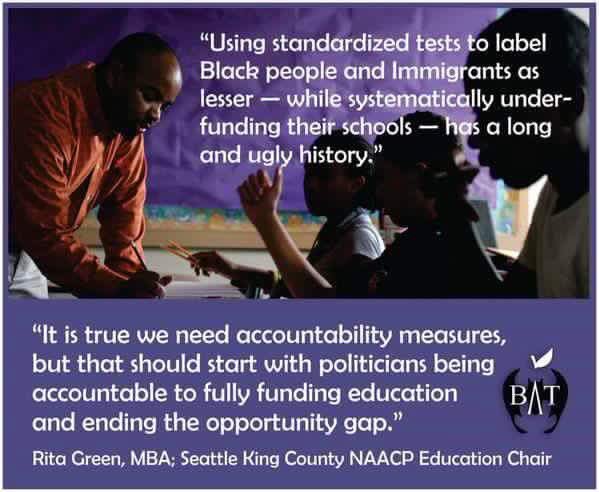 In the last couple of days, several children have been injured/died at amusement parks.  A 10-year old boy died at a Kansas waterpark on a slide that was the world's highest.   He flipped out of his raft and got caught in netting.  Three Tennessee girls fell out of their gondola on a Ferris wheel when the gondola somehow got caught as the ride moved.  I didn't know it but the feds do not monitor amusement parks for safety nor record these kinds of incidences.  That's up to states.

I have over the years known many colleagues who were scientists at the top of their game who are dyslexic. These are talented scientists who have published many important papers, written major textbooks in the field and who are members of the prestigious National Academy of Sciences and the Howard Hughes Medical institute.

Anonymous said…
The Rita Green quote is exactly what is happening in HC identification:

"Using standardized tests to label Black and immigrants as lesser.."

This next part is happening in the schools that don't receive the largesse of PTA funding. The mandated funds for FRL do not begin to compensate for the needs.

"while systematically underfunding their schools"

"...has a long an ugly history" but Melissa says HC is "open to everyone"

You can't be a progressive about others, but support the same patterns of this "ugly history" in your own backyard, and expect to retain credibility.

Having this string of postings about the exclusivity of charters and national educational disgraces on the heels of your support for silencing the research into local funding to identify possible inequities--is insulting.

Anonymous said…
Actually the child on the water slide was decapitated. His father was a state representative and the park was hosting free events and food for state politicians. A terrible gruesome loss for the family whose young sons witnessed their ten year old brother's death. These amusement parks are highly under-regulated and one has to question the wisdom of this practice and the low cultural and economic contributions made by same. Self regulation in a high risk zone is not acceptable.

Melissa Westbrook said…
FWIW, if you find all this so terrible, why are you here? It's confounding.

April said…
Rainier Valley Cultural Festival on Saturday and Sunday. Big parade,probably the last of the season, at 11 a.m on Saturday.

Rainier Ave will be closed to traffic around Orca St. after the parade until 4.

Ethiopian cotton spinning demos, you can even give it a twirl!

The SPS All City Band has their final performance of the parade season, I saw them at the Chinatown parade and Torchlight and they are the best act in every parade. Just make sure you follow them until they play "Let It Whip" because they do a dance halfway through.
8/9/16, 4:49 PM

Eric B said…
Re: Tyson, I tell people that at least 50% of the people in an average engineering office (mine included) are somewhere on the autism spectrum.
8/10/16, 8:53 AM

seo company in kochi said…
Thanks for your sharing the details, I read your blog and I am satisfied with your writing contents. Keep sharing more news.
builders in kochi
best thai restaurant in dubai
Caboodle listing
mobile app development companies in qatar

flatsincalicut34 said…
Thank you for your valuable information.I read this blog. I think this is more helpful others. I appreciate your effort and hard work.one of the leading builders in calicut offers luxury apartment and flats in calicut
10/11/19, 4:45 AM

Corporate Gift Suppliers in Dubai said…
Thanks for sharing

Anusha said…
Thanks for sharing

Rohan Singh said…
The tips and tricks you have listed in the blog are satisfying; you can get in touch to know more and add relevance to your blog post will be bringing you an excellent level of satisfaction. AppSquadz is the leading mobile app development company contact us for more. Also visit: flutter application development company
3/16/21, 3:23 AM