No Child Left Behind: Here's Want Needs to Change 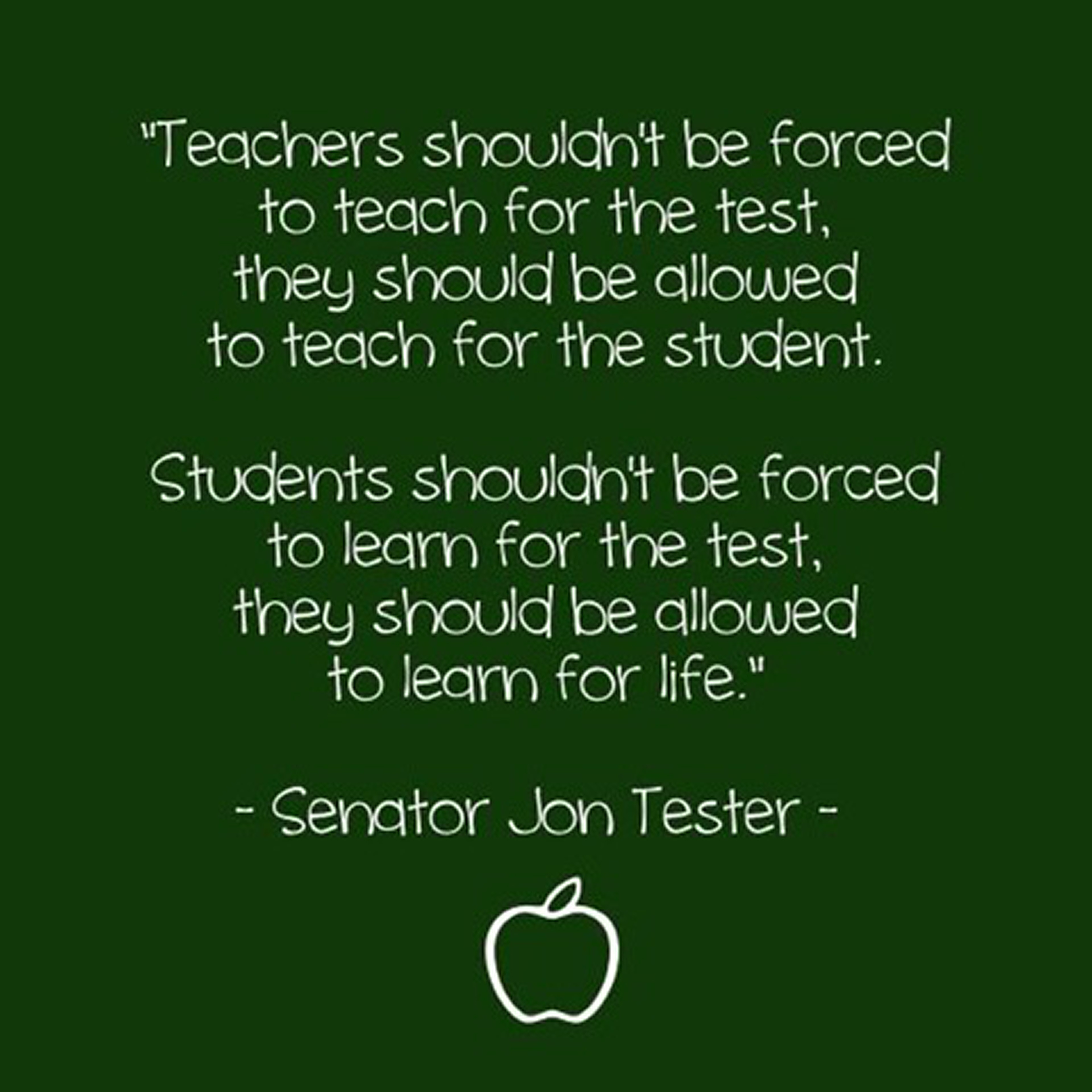 From the Network for Public Education (NPE):

No Child Left Behind should have been reauthorized in 2007, yet here we are 5 months into 2015 and Congress has failed to act. The Every Child Achieves Act of 2015 is the latest reauthorization effort. While the bill passed the Health, Education, Labor, and Pensions Committee unanimously, it has not yet been brought to the Senate Floor for a full discussion and vote.

The proposed legislation does away with some of the most destructive aspects of NCLB, such as AYP, and as NPE President Diane Ravitch commented, it "defangs the U.S. Department of Education" by taking away the Secretary of Education's ability to coerce states into adopting specific standards, tests, or accountability schemes.

One major flaw with the legislation however is that the Every Child Achieves Act maintains the federal mandate for annual testing.


Act now to let your Senator know you want to see the end of annual testingSenator Jon Tester has drafted an Amendment, called the Student Testing Improvement and Accountability Act (also called the Tester Amendment), which eliminates the federal mandate for annual testing and replaces it with pre NCLB grade span testing.


A return to grade span testing and elimination of accountability measures tied to standardized tests will allow the nation’s public schools to reallocate resources where they are most desperately needed, and provide students with the rich educational opportunities that have been eroded during the NCLB era. A decrease in federally mandated testing will still provide policy makers sufficient data to evaluate progress in our nation’s schools and will not hinder the federal government’s crucial role in ensuring all students receive a quality and equitable education.

Anonymous said…
It seems like all the classes in my kids middle school are changing at least some of their lessons to gear them towards this SBAC test. It's sad that there is such emphasis on these tests that teachers and school administrations feel they have to change their curriculum because of the test. When I went to school in the 70's and 80's there was much less emphasis on testing. Even for the PSAT and the SAT, kids just took the tests without even studying for them. There weren't a ton of classes on taking these tests and I never heard of anyone taking them multiple times like they do today. I'd like to see schools go back to that model. Teach what kids need to know and then let them take the test and see what happens.
5/22/15, 12:48 PM

Anonymous said…
That all sounds good until you start tying teachers'and principals'careers to the scores, or threaten schools with closings or "turn around" consequenses.